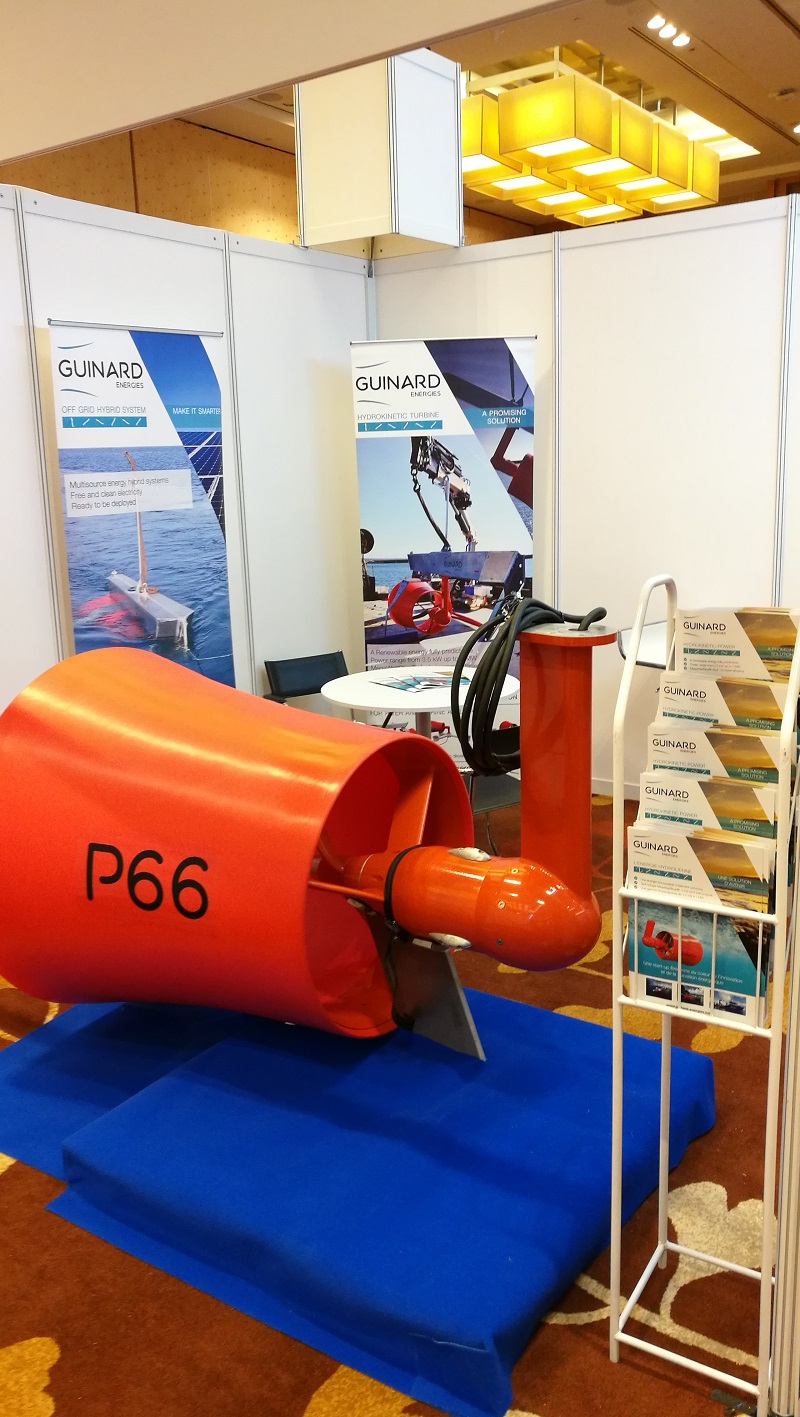 Guinard Energies is supported by ADEME for the development of its Spidhy project. This innovative tidal turbine installation system allows commissioning and decommissioning of seabed equipment in an autonomous, fast, economical and secured manner.

In existing systems, the commissioning cost of a tidal turbine is comparable to its construction price. Indeed, the mobilization of specific ships with several hundred tons lifting capacities presents a cost sized to offshore marine operation. These OPEX are not adapted to marine renewable energy emerging industry. Focused on reducing the cost of MRE, Guinard Energies has developed an innovative base allowing the immersion of heavy structures on the seabed at a competitive solution.

This design, patented Guinard Energies, under the name « Camel Base » is an innovative self-buoyant base foundation. The two parts of this system can be filled in with water or air for the installation or removal phases. This system has already been successfully tested at a scale 1:16 at IFREMER basin test in 2015 and will be used for the 250 kW Guinard Energies tidal device which will be installed in early 2018 in South Brittany.

Tidal and river turbines are a solution for the future, increasing the share of renewables energies in our energy mix. 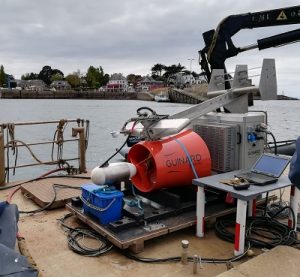 At the Marines Renewables Energies Forum set in Gulf of Morbihan(South Brittany) from 15 April to 3rd June 2017, Guinard Energies, conducted a demonstration of the operation of its MegaWattBlue hydrokinetic turbine in the Gulf of Morbihan. A boat reserved for local representatives and journalists, was able to follow the demonstration as close as possible and observe the power created by this hydro-turbine (300 kW for 8 meter diameter at only 2.5 m/s – the water currents velocity in the gulf can reached 3.6 m/s, ie 7 knots)

A 4-meter diameter tidal turbine to be tested in Ria d’Etel in Morbihan (56) is currently under construction. Installation is planned for the year 2018. Smaller hydrokinetic turbines are under construction to provide a simple and efficient electrification solution for isolated areas around the world. 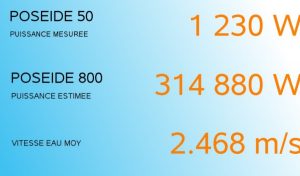 In the French Press: 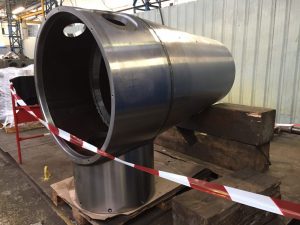 Since Fall 2016, a 4 meter hydrokinetic turbine MegaWattBlue is being built. The duct is assembled at the shipyard Chantier Bretagne Sud in Belz. This 4 meter diameter and 6 meter duct length will streamline and speed up the current speed of 40 %.

The base of the turbine is assembled in Navtis shipyard in Brest and the 250 kW alternator is on test phase at Bernard and Bonnefond Office in St Etienne.

The tidal turbine will be set with its innovative self-buoyant base during Fall/Winter 2017/2018. 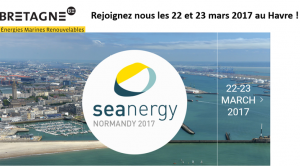 Guinard Energies is pleased to announce its participation at the SEANERGY 2017 show, the 22nd and 23rd March in le Havres. Our team will welcome you and answer all your questions at our stand.

We presented our technology and our power assessment device Poseide at the Euromaritime 2017 show from January 29th, to February 2nd. 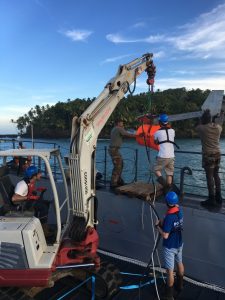 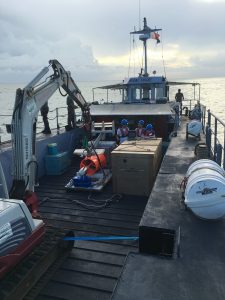 It has been successfully deployed to measure the available power around the "Salut" Islands, owned by the CNES : French Spatial Studies Center. The small MegaWattBlue turbine, with its data acquisition system had the chance to enjoy the warm and turbid water coming from the Bresilian stream.

Did you know...? The current around the "Salut" Islands was famous for beeing fatal to the convict of the french penal colony!

The measurment campaign lengthed eight days, from 8th to 16th of november, over the whole tidal range. The mission was led with success by the Guinard team, with help from the French Army 3rd REI (a.k.a "Légion Etrangère"), which provided the nautical support "Anne-Marie", an equipment transportation barge, and its valorous crew.

The POSEIDE system was lowered in water by mean of a small excavator, which shows the particular handiness of the system.

Guinard Energies would like to warmly thank the CNES, which made the mission possible, as well as the men of 3rd REI for their astonishing and valuable support.

The POSEIDE hydro kinetic power assessment system will be ready by the end of 2016, to hopefully drive a new campaign, in Britany, or elsewhere.